Blue Skies For The Good Guys And Gals 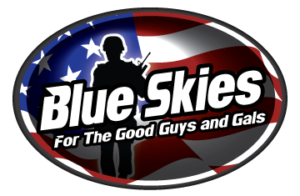 Our participants come from all over the United States. 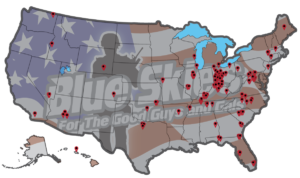 How We Do It

At the core of BS3G is Team Fastrax™ Professional Parachute Demonstration Team, composed of many veterans.  The team focuses on adventurous activities as the back drop to facilitate the enriching, healing environment for our Purple Heart Warriors and Gold Star families.  The deep bonding that forms between the warriors and volunteers is priceless and the experiences are non-denominational faith centered.  There are activities that take place year round via hundreds of skydiving experiences with Team Fastrax™. These ongoing activities take place primarily at the home drop zone of Team Fastrax™, Web: www.StartSkydiving.com. However, in July of each year Team Fastrax™ organizes a five day Warrior Weekend to Remember (WWTR) that is filed with activities for our warriors.

Click here to view our letter from the IRS.

Since the inception of Team Fastrax™ Professional Parachute Demonstration Team in 2002, Team Fastrax™ has performed thousands of exhibition skydives at every entertainment venue imaginable. Team Fastrax™ has performed as far away as Doha, Qatar, Moscow, Russia and Normandy, France. The team is approved to jump into highly-restricted airspace and is the only team to have performed over Ground Zero on 9/11 anniversaries in New York City, the Pentagon in Washington, D.C., Independence Hall in Philadelphia, PA and over the Arizona Memorial in Pearl Harbor, Hawaii.